I know I’m supposed to post this at the end of December… and then I would have written one post in 2019! Whoops!

Well… writing has been a challenge as a solo parent.  When I am home I just want to play with my son and relax.  I have been doing a great job of finding work/life balance in the mom vs. teacher sense, but I haven’t been taking time to have much me-time.

My son just turned two and I want to take the time to get a massage, to go out to dinner with friends, to get a drink somewhere, and to just write a blog post once a week!  When I was single and childless I would post three times a week and comment on other blogs.  For the past two years, I was telling myself that I would post once a month, but that wasn’t routine enough to stick. It looks like I didn’t write at all in 2019!

Now my goal is to post once a week.   I’ve started supporting this goal by writing a list of post titles and I have 30 ideas so far, so wish me luck!

This first post is supposed to be a review of the past year since I have been so MIA.

I was just finishing up a trip around Malaysia.

My friend and I took our sons and their nanny’s to Lombok (just a short 50-minute flight from Surabaya) for a long weekend.  We went island hopping in the Gilis (Gili Trawangan, Gili Air, and Gili Meno) on a private boat that we hired. 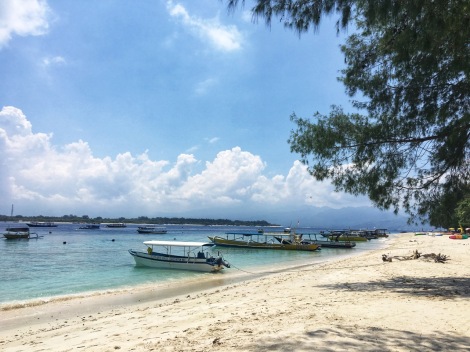 The beach at Gili T was pretty nice

My baby and I spent 5 days in Hong Kong. I loved that place so much! We took the metro and walked everywhere! There is still so much that I want to see, but I know I will be back one day.

HK view from the Peak

I did a fancy staycation in a club level room at the Shangri-La here in Surabaya.  I have rarely taken staycations, but this was a nice experience for sure!  I loved having afternoon tea at the Club lounge, and the breakfast buffet is probably the best in Surabaya.  I recommend this hotel if you ever decide to visit me! 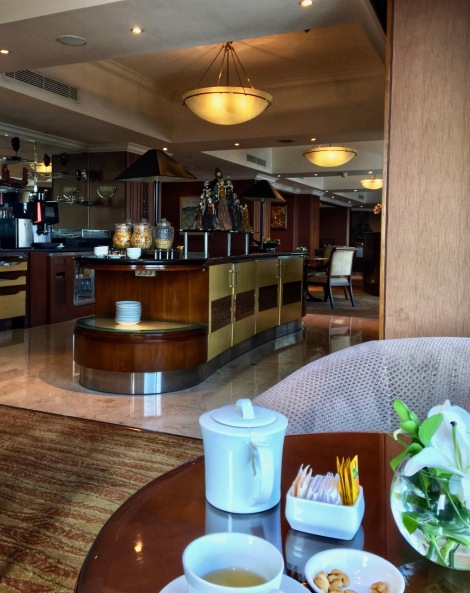 This was the last month of school and there was a lot of drama going on at this time so I didn’t take a lot of pictures.  The pic I’m sharing is from the end of the year BBQ that the consulate and expat teachers threw together to celebrate a positive conclusion to the drama.

End of year BBQ was so much fun for my sweet guy!

It was also my birthday at the end of the month and it was the first time in my life that I didn’t celebrate.  My class parents did get me a delicious cheesecake, some batik, and shopping vouchers at the end of the year party since the last day of school was actually my birthday.

Ok, so while I didn’t have a party or go out to dinner to celebrate my birthday, I did get myself a present, and that was a trip to my fifth continent with a trip to Sydney, Australia!  I used credit card points to pay for my hotel and stayed in a great spot within walking distance to so many things. I think I walked about 20k steps every day during the week we were there.  This was an amazing place to take a toddler and I fully intend to write a whole post about Sydney one of these days! 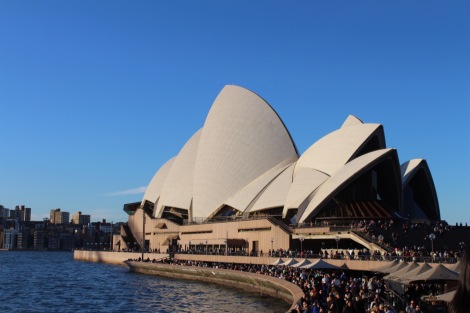 I couldn’t believe how many people were at the Opera House just before sunset!

I also spent about a week in Bali so I could explore Ubud more. I love that city and I need to write about it too!

I took my annual trip home for about six weeks in June-July.  I took my son camping with my family, went kayaking a lot, played in parks, visited friends and house sat while friends were out of town, and just enjoyed the summer.  I’ve included a pic of my super cute kiddo at the Portland Chinese Garden where he loved watching the koi fish.

My son had his first day of school and then a couple of days later we had a 3 day weekend and I met up with my friends Denise and Aliza in Lombok.  Aliza took me to the doctor and heard S’s heartbeat when he was only a few weeks in utero.  We went island hopping in the Secret Gilis this time and that needs a post of its own too.

S’s first day of EC1! I feel so lucky to work just down the hall from his classroom!

This month I just stayed in Surabaya, enjoyed the nice weather by taking a lot of evening walks around my neighborhood, and then realized what it looks like to go from 235lbs (just before giving birth) to 140lbs (weight pictured). Picture of me in my post-pregnancy pants that I was trying to get altered.  The tailor thought she didn’t need to take in the waist because there was a drawstring… but a drawstring can only do so much lady!

Indonesian food + walking after dinner most days has helped me lose all of the baby weight!

This month I visited Jakarta for the first time because I attended my first in-person IB PYP training.  I had previously done an online training and the in-person one just blew it out of the water.  But the biggest challenge for me was leaving my son with his nanny for 3 nights.  To go from never being away for longer than 5 hours to being away for 3 nights and four days was a big challenge.  Thankfully the nanny had been with us for more than a year so both of us were comfortable and trusted her.  She always sent me pics and we video chatted a couple of times a day so I could see my baby.  I didn’t get to explore Jakarta because the training was pretty intense and I didn’t want to battle rush hour traffic, so the pic I included is simply the hotel pool at sunset.  I could write a post about in-person PYP training because I loved it so much, but I don’t know if people are interested.

I also spent about a week in Taipei for my fall break so I hope to write about it because I LOVED Taipei! It is definitely a place that I could live as an expat.  In fact, I hope I can return to Taiwan to explore it more in the future because I didn’t go South at all.

Taipei 101 was too cool to not include!

This is always a busy month and the one month of the year that I always seem to feel a bit homesick.  My school did a color run to benefit various charities called Aid in Action. I was pumped for it because I had been running more regularly since I brought a BOB stroller to Surabaya in July.  However, the afternoon before the run I stubbed my toe so hard during a STEM challenge at a staff meeting that my toenail tore completely off and was still oozing the next day. Gross and not ideal for a run, but I managed to hobble around the track a few times with my students who were too tired to run but not tired enough to sit out.

The color run was more of a hobble/walk for me, but still fun!

I spent about 3 weeks in Vietnam for my December break.  We went to Hanoi, Da Nang, Hoi An, and Ho Chi Minh City.  Vietnam is another place that I would love to return to. I wanted to see Halong Bay but cruises are not recommended for toddlers. I have had several friends rave about the beaches in the south of Vietnam so I hope to see those too.  I’ve included one of my favorite pics of a random “Ancient House” that I stumbled across in Hoi An.

This Hoi An Ancient House is just too cute to not share!

That’s a wrap on 2019!  Four new countries and lots of travel.  My baby is a great travel buddy so I hope to continue finding new places to explore. If you have a suggestion of where we should go next, drop me a line in the comments section!