This is a funny time to be posting about something that normally happens in late July or August in most American International Schools, but some of us are signing new contracts (or our first international teaching contract) and are beginning to wonder what happens once you get to your new country? How long does it take to get the internet set up? When will I meet my new co-workers?

Every school is different, and every country has different lengths of time for doing things (or different red stamps in the case of China), but I can tell you what we did at various orientations I’ve attended.

A lady from HR picked me up from the airport and took me to dinner at midnight. Then they took me to my apartment where I was greeted with a box of goodies (basics like bread, jam, tea, sponge, juice mix), a really old basic cellphone, and given a uniform to wear to work.

I was taken on a tour of the campus, shown the curriculum books I would be working with, introduced to my future classroom assistant…and that was about it.

In China, everything was very organized thanks to a Chinese and American team (both a local and a returning American teacher). They met me at the airport even though my flight was late and my luggage was lost. They brought  me to my apartment and were ready first thing the next morning to start showing me around. 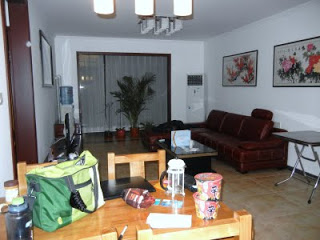 My beautiful corner apartment in Shunyi (a suburb of Beijing)

I got my physical exam that foreigners need to pass before they get their long term z visa.  I had to abstain from eating breakfast this morning because of the blood work (which was even harder than it would normally have been because I woke up at 4 again!).  They are pretty thorough! They took two vials of blood (with only minimal squealing from me), chest x-rays, stomach x-rays, an EKG, a vision test, my blood pressure, and they weighed me.  All of this was done in a series of rooms that I quickly worked my way through. I would say that all of that testing only took 30 minutes or less! I’m very healthy!

My Orientation Guide helped me set up my phone, took me to an ATM, helped me get my internet set up for a full year (it took a week before it was working though), and took me grocery shopping at the best expat grocery store in town.

They also bought us new teachers dinner at a great place to eat that is only a couple of blocks from my apartment! 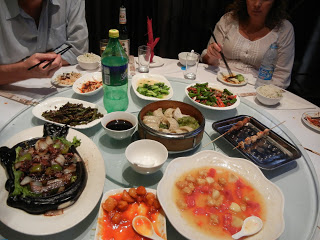 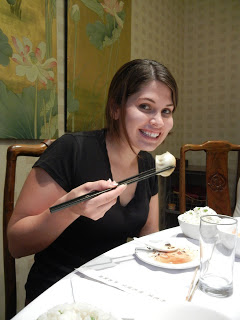 My first time trying my soon to be favorite food in China- dumplings!

I had a full week of orientation before the returning teachers arrived.

I arrived on the same plane as two other teachers. We were greeted by our school Director and another teacher who had arrived on an earlier flight. All of us crammed into a mini-van for the hour ride to Ojeda in the dark.

My gorgeous house in Venezuela

We were taken to our lovely houses in the same complex. The houses were set up with pots, pans, plates, cups, and two 5 gallon jugs of water. We had to get food the next morning at the Director’s house (she lived next door) . Then they took us grocery shopping, shopping for household goods (like my basic rice maker that I spent $57USD on!), and to the vegetable market.

We were given cars to drive a couple weeks after we arrived. This is me driving for the first time in Venezuela!

One of the major selling points for Venezuela is how popular salsa is. My boss took all the new staff out salsa dancing our first weekend! 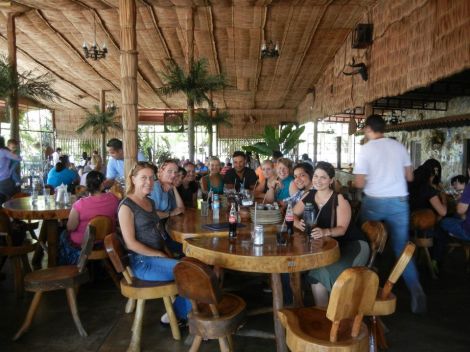 Welcome lunch at Alma Llanera with all the new staff

I remember a whole hour long presentation on what was acceptable to wear at school (apparently past teachers thought see-through shirts, stilettos, and mini-skirts made great teaching outfits). haha

Two weeks after I arrived the tech guy finally got us set up with internet and cell phones.