I have this dream of working on nearly every continent…Australia is probably out unless something changes, and Antarctica would be impossible, but Africa is very doable! This is the first school that caught and has kept my attention over the years.

On the school website it mentions that there were over 107 nationalities represented within its student body.  It sounds very international! On the FAQs page, it lists students as being “up to 25% … American with Dutch, South African, British, Korean, Indian and Swedish also well represented”. A State fact sheet states that in the ’13-’14 school year there were 1,174 students.

On the school website I could not find a specific number of students in each classroom other than a mention of “small classes”.  I am distrustful of this phrase because some people think 25 is a small class whereas I think the ideal class has about 16 students.  On this website, it lists the average elementary classroom as having 15 students which is perfect!

The school website does not specify information regarding the number of computers, ipads, smartboards or even computer labs.  It does say that the technology is “integrated throughout the curriculum”.  I read some of this teacher’s blog and came across a mention of an ipad cart and that teachers are given a tablet to work on.

Their benefits page mentions that AISJ will put in 10% and teachers 5% toward a “pension scheme”.  They do the same for the local hires which I think is great too!

I really like it when schools post their salary scale online! It just makes me think that if they are willing to be transparent about money that they will be transparent in other areas as well.  They have all the usual benefits including medical (and basic dental!), housing, annual air, settling in allowance, shipping, and “tuition for approved school aged children”.  I also appreciate that this school provides an interest free car loan with a 20 month repayment plan.  Also, in their brochure, they say they provide a GPS for the car! AND they have a seemingly well organized monthly PD

From what I’ve read South Africa is a very international place.  Johannesburg is a very green city with many outdoorsy activities which I have been missing. It is also almost always sunny and not too hot! I’ve met quite a few women in hostels around the world who said they loved Jo’burg. I would also love to live in a country known for good wine!  AND who doesn’t want to go on Safari?! 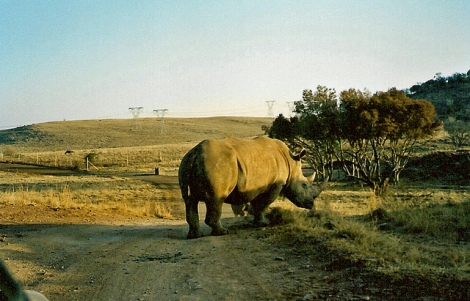 I don’t really like the fact that Johannesburg doesn’t have nice public transportation, but I’m used to it, and since the school provides so much support with the car situation it sounds like it will be fine.  Driving on the left-hand side of the road would take a lot of getting used to, but after driving in Venezuela where there are basically no lanes, I think I can drive anywhere!

A major point of concern is that many sources list Jo’burg as being very dangerous.  Having lived in Venezuela which is also known as a dangerous country, I feel like I wouldn’t have too much of a problem with it. In fact, the Huffington Post lists South Africa as the 9th most dangerous country while Venezuela is number 2, so it would still be a safer move if I went there one day.

I’m only giving it half a point because while I am accustomed to living in a dangerous country now, I would like to in a country that didn’t make the list of one of the top ten most dangerous countries in the world.

According to SalsaPower there are TWO Cuban salsa (my favorite) academies which host weekly events in restaurants.  There are also 3 other salsa schools.

According to a State fact sheet, there are 162 faculty members (as of 2013-2014).  The AISA website lists the teachers as mostly American with 15 other nationalities present.

While I wouldn’t recommend this place to my vegetarian friends, Joburg sounds like a meat lover’s paradise!  Only two of the ten most famous dishes listed on this page don’t have meat involved.  You can even eat ostrich and alligator which I’ve liked in the past.  I don’t think I would lose any weight eating South African food, I am sure I would love it!

Please comment! Have you been to Johannesburg? Would you want to work there? Have you or someone you know worked at the American International School of Johannesburg? Can you add any info to what I’ve listed above?