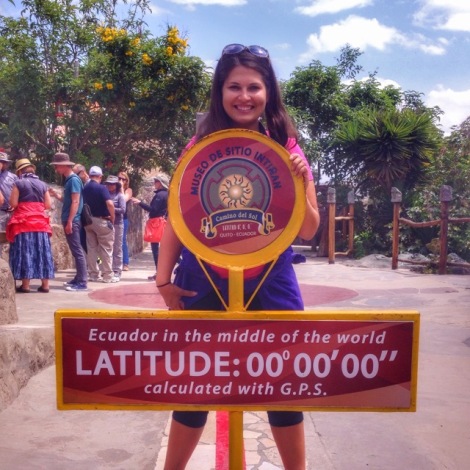 First of all: please don’t pay a lot for a trip to the Middle of the World aka Mitad del Mundo! I have heard about people paying $30-$50 to take a tour to see the equatorial monument just outside of Quito and couldn’t have been more shocked to learn how easy it was to do it on my own.

Instead of paying an arm and a leg, you should either take public buses there for a slightly longer trip and a bit LESS money (think $6-7usd), or you can find three other people at your hostel to go with and share a taxi/personal tour with them ($10ish).

At first I was a bit hesitant to organize my own taxi tour. I am much more comfortable with children than adult strangers, but I just pushed that thought away and asked (shouted really since we were on an outdoor terrace bar) if anyone wanted to share a cab to La Mitad del Mundo. Three people heard me and that was all I needed to hear. Instead of a long day spent busing around Quito on my own, my plan for the day became a lot shorter and I had three new friends to share my adventures with.

We just walked across the street from our hostel where there are a bunch of taxis waiting and told the driver that we would like to go to Mitad. A simple, “La Mitad del Mundo por favor” was enough to get us on our way. Then the driver asked if we wanted to go on the normal “tour” for the same price. We just said sure why not since none of us knew what the “normal tour” was. Lol 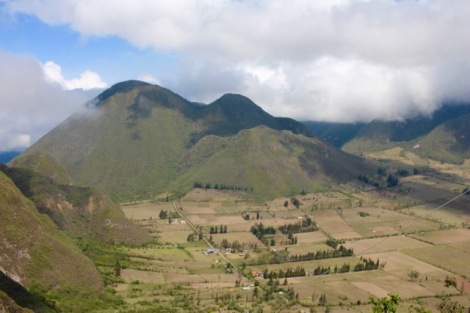 The view from the el mirador at Pululahua

For $40 total ($10 each!) he began our tour of Mitad del Mundo. Our taxi driver first took us to a volcanic crater viewpoint called Pululahua which had a lovely view of the lush crater below.  From there you can take a trail down about 300 meters, but nobody in my group had planned on hiking that day, so we took some pictures, bypassed the gift shops and cafe and headed toward the museum at the sight of the actual equator: Museum Intiñan. 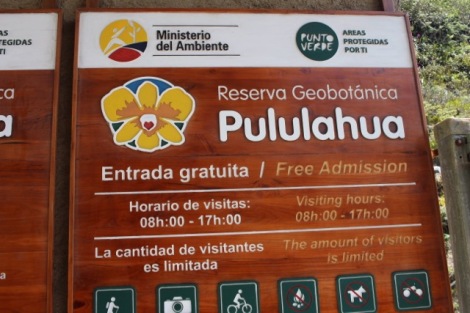 Then he took us to Museum Intiñan where we each paid an extra $4 to have a bilingual guide take us through various demonstrations of natural phenomena, gravity and balance manifested in the equatorial zone. Or so they say. I think everything is rigged. Lol. I did have fun balancing an egg on a nail-head though! I even came away with it with a little certificate of my egg balancing skills. Ha! It is now safely taped into my trusty travel journal that I made for Ecuador. 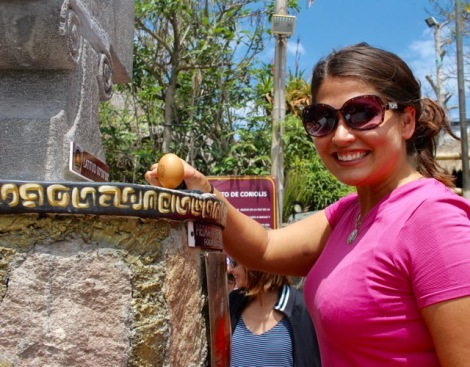 One of my favorite parts of the tour atIntiñan was a chocolate tour and tasting. This is when I first tried the salted dark chocolate organic bar made by Pacari (I am so excited to see that Amazon has it- even if it is way more expensive than it was in Ecuador!). If you like high-quality chocolate you should give them a try. I may have bought eight bars of chocolate while I was there… ssssshhh, I promise that I only eat them a couple of squares at a time and save the rest for later in my freezer! 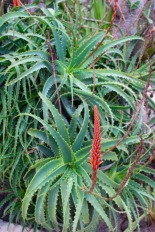 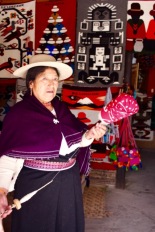 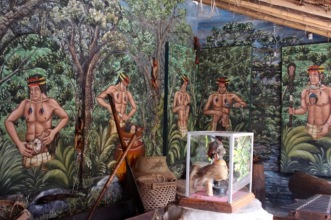 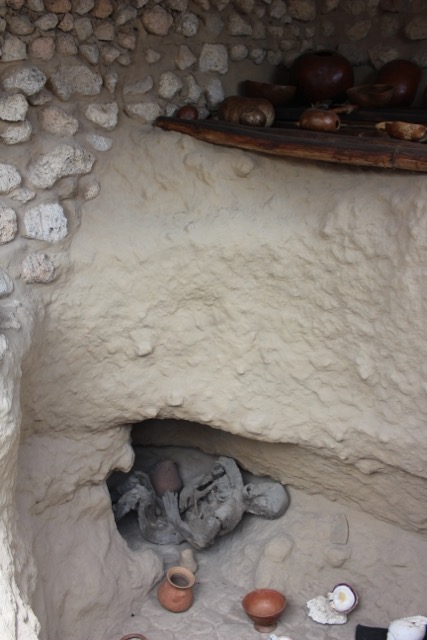 Finally, the driver took us to the Mitad del Mundo monument, which is actually a bit off the actual equator. We didn’t really see much point in paying to go into that monument since we could see the monument from the gate and… it was a monument to something that wasn’t even there… and we had seen the real thing just a few minutes before. I don’t see much point in visiting it, but perhaps people like to go to both so they can compare. Not I! 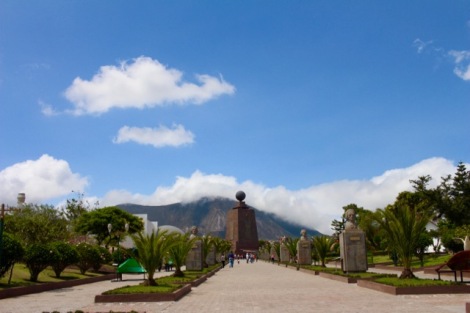 Not the real equator, but a really nice monument!

When we got back to our hostel, one of my new friends and I had a set lunch around the corner from our hostel. $3 for soup, rice, a main dish, and juice. Nothing gourmet, but very filling!

After dropping my stuff I made my way to the Teleferico (cable car) to the 4100-meter mark of Pichincha volcano. Again I could have taken a bus there and back for about $4, but after my other tour and lunch in my belly, I was feeling lazy. Instead, I paid $5 each way- ouch! Then another $8.50 for the Teleferico ticket up to the top of the mountain. Double ouch!

I think this is an alpaca I found behind the church

Yet another time it would be great to share a taxi, friends! This is another instance when it kinda sucked being a solo traveler because when I had dropped my stuff off at the hostel and poked my head into the lounge areas I didn’t see many people who looked ready to go out. Instead, I just paid the taxi fare on my own because I really wanted to explore these mountains that I stared at every day from my hostel terrace. 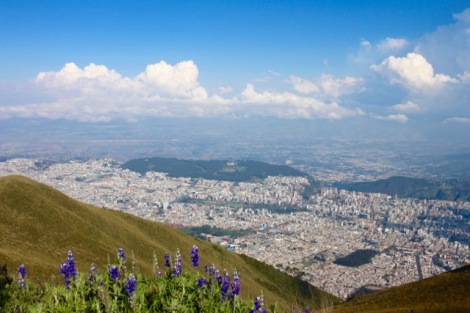 View from Pichincha before tons of clouds started rolling in quickly

Just a warning: if you are a solo traveler, everyone that I spoke with said that you should not hike up to the summit of Pichincha by yourself. There is a visitor area and a couple of trails to poke around on at the top of the mountain, but everyone agrees that so many people have been robbed during a solo hike past these points, that it is too dangerous to go alone. Just stick to the visitor center and the area within a ten-minute radius of the center. 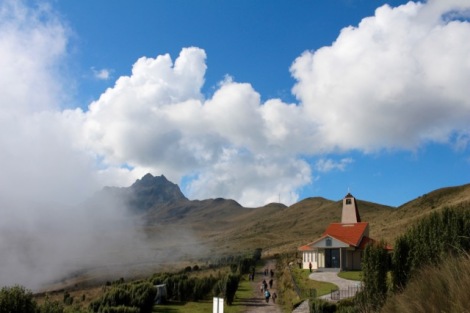 The altitude was giving me a headache after about 30 minutes of hiking around the visitor’s area and taking pictures of alpacas so I didn’t even think about attempting to hike further. If you are like me and you don’t normally hang out above 4000 meters, it is probably a good idea to drink a lot of water, and eat a healthy snack to help yourself feel better. While the café in the visitor area was really overpriced compared to the rest of Quito, the warm drink, shelter from the cold, and quick snack had me feeling better fairly quickly.

My best piece of advice: just take it slow!

This post contains affiliate links. If you purchase a product through an affiliate link, your cost will be the same but I will automatically receive a small commission. Your support is greatly appreciated!